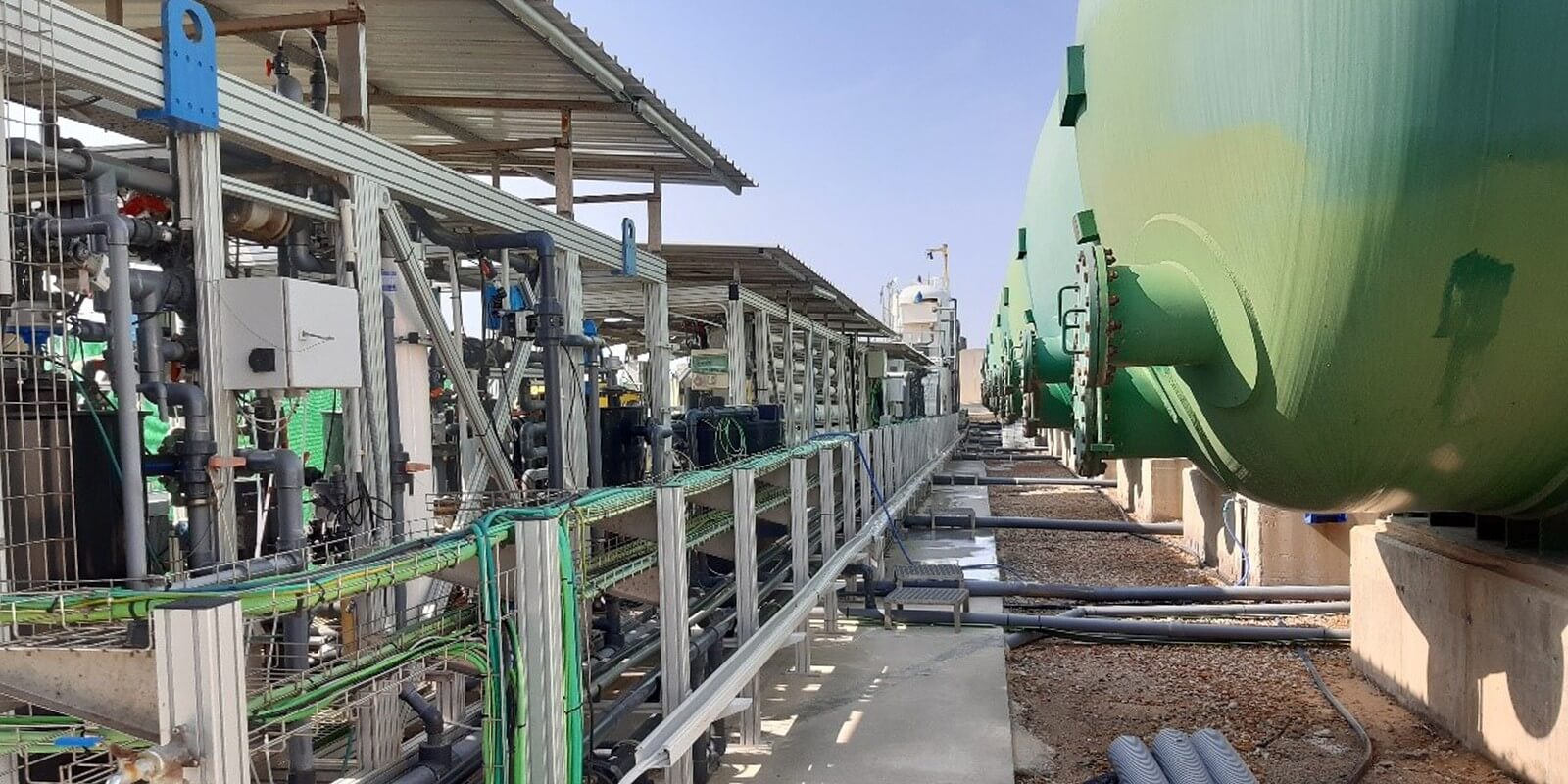 ACCIONA has deployed a new research platform to test innovations in efficiency and sustainability for desalination processes.

The “Leading Experimental Accelerator in Desalination” (LEAD) platform is being tested at 10 experimental stations in the San Pedro del Pinatar II seawater desalination plant in Murcia, Spain. It aims to cover all the stages of the desalination process, including: granular filtration, flotation-filtration (ACTIDAFF®), flotation, (ULTRADAF®), ultrafiltration, nano-filtration, reverse osmosis and membrane distillation.

LEAD will assess how the new technologies and configurations function in a real setting, using the same intake water as the desalination plant and operating around the clock.

The goal is to optimize the performance of desalination plants, including those operated by ACCIONA in the Middle East.

The platform will test new sensors for water quality, and explore the optimal operational conditions under different scenarios. It will also aim to establish the optimal intake of power and chemicals that maximize efficiency and lower risks and costs. In addition, the LEAD platform will aim to develop predictive models of the behavior of technologies and new control systems in order to fully understand the processes and determine how they will behave in advance.

LEAD allows for the long-term evaluation of the performance of new technologies, which produces more representative results. This in turn will help subsequent full-scale implementation. It is also designed to simulate common problems with desalination in the Middle East, such as algae blooms and high turbidity episodes. The platform aims to establish the most suitable operating conditions under these challenging scenarios.

For example, ACCIONA has developed an IT tool for predicting the likelihood of algae blooms. The tool uses a combination of artificial intelligence, satellite images, meteorological information and mathematic models to warn of the risk of algae blooms in advance. Accurate predictions allow desalination plants to respond in a timely fashion, by adjusting operations and pre-treatments to guarantee the quality of desalinated water.

Guillermo Hijós, ACCIONA O&M Director in the Middle East, says: “There is an important international dimension to the LEAD platform that will undoubtedly benefit the operation of desalination plants in the Middle East.”

The program is part of ACCIONA’s commitment to innovation in desalination.