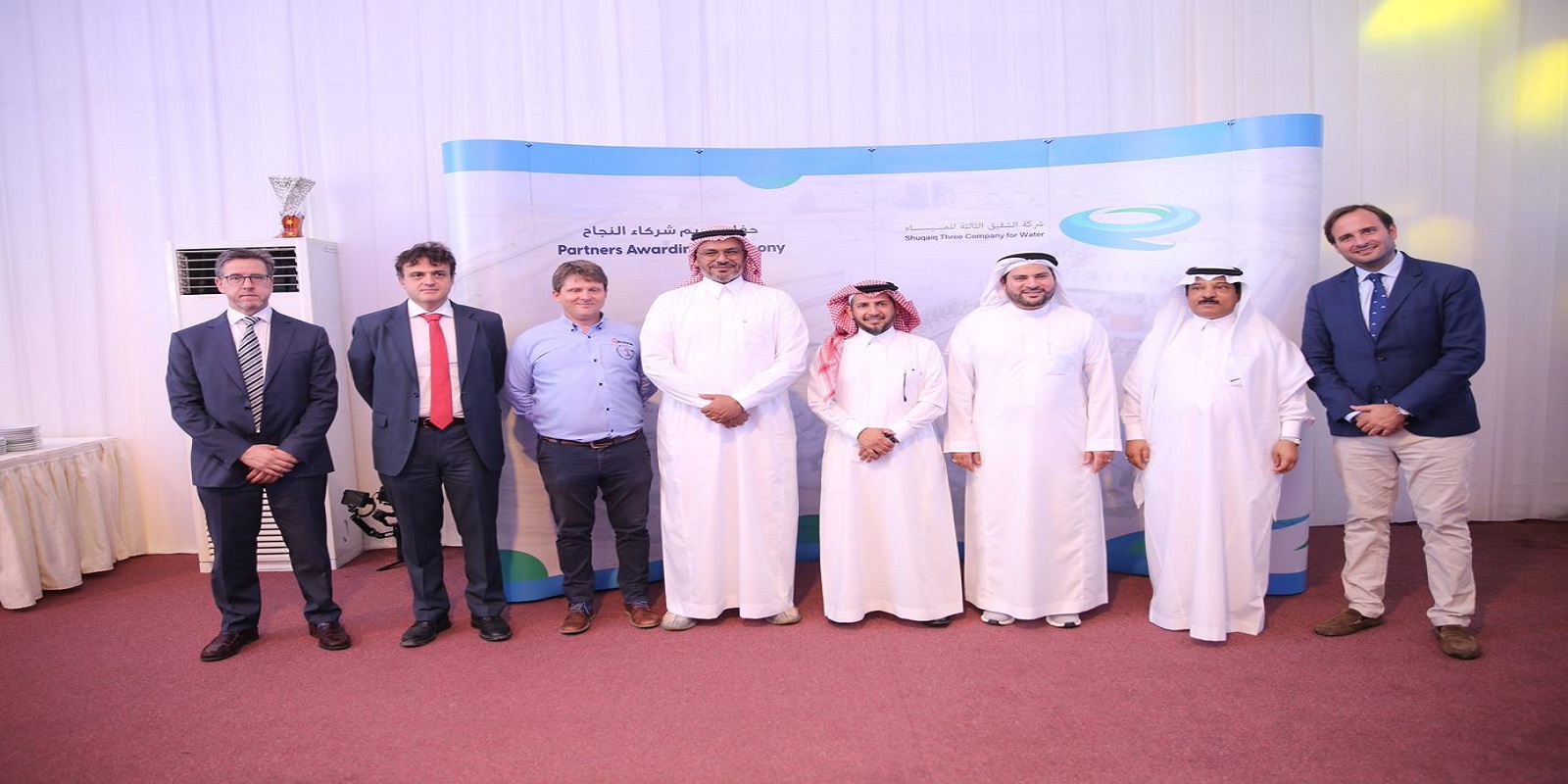 ACCIONA has started the operation and maintenance of Saudi Water Partnership Company’s (SWPC) Shuqaiq 3 desalination plant, one of the largest in Saudi Arabia serving two million people. The O&M contract has been awarded for 25 years.

The Independent Water Project (IWP) uses Sea Water Reverse Osmosis (SWRO) technology, which is more energy efficient than conventional thermal desalination.  Shuqaiq 3 is a key project in the modernization of the water sector that is being carried out by the SWPC.

The SWPC commemorated the completion of the construction of Shuqaiq 3 with an open ceremony last week. The event was attended by H.E. Eng. Khaled Al Qureshi, CEO of SWPC, Fumio Iwai, Japan’s Ambassador to the Kingdom of Saudi Arabia, as well as representatives of ACCIONA and Abdul Latif Jameel (ALJ), both co-developers.

ACCIONA was the Engineering, Procurement & Construction (EPC) contractor for Shuqaiq 3 IWP desalination plant, which will produce 450,000 cubic meters of potable water per day. The project also includes the EPC of a large Electrical Special Facility (ESF) to feed the plant with power and some other additional installations from the existing power plants in the vicinity.

This SWRO plant will provide water to some two million inhabitants of the regions of Asir and Jizan, an extremely dry region near the border with Yemen.

A KEY PROJECT IN SAUDI ARABIA

Saudi Arabia, a country with a population of 33 million, is the third largest consumer of water per capita in the world after the United States and Canada.

ACCIONA, a global provider of sustainable infrastructure solutions, is currently building four more desalination plants in the KSA. The plants employ reverse osmosis, an efficient and sustainable technology for extracting potable water from seawater. Once all are completed, ACCIONA will produce 2.5 million cubic meters of drinking water a day, enough to supply more than 8 million people, almost one-quarter of the population of the country.