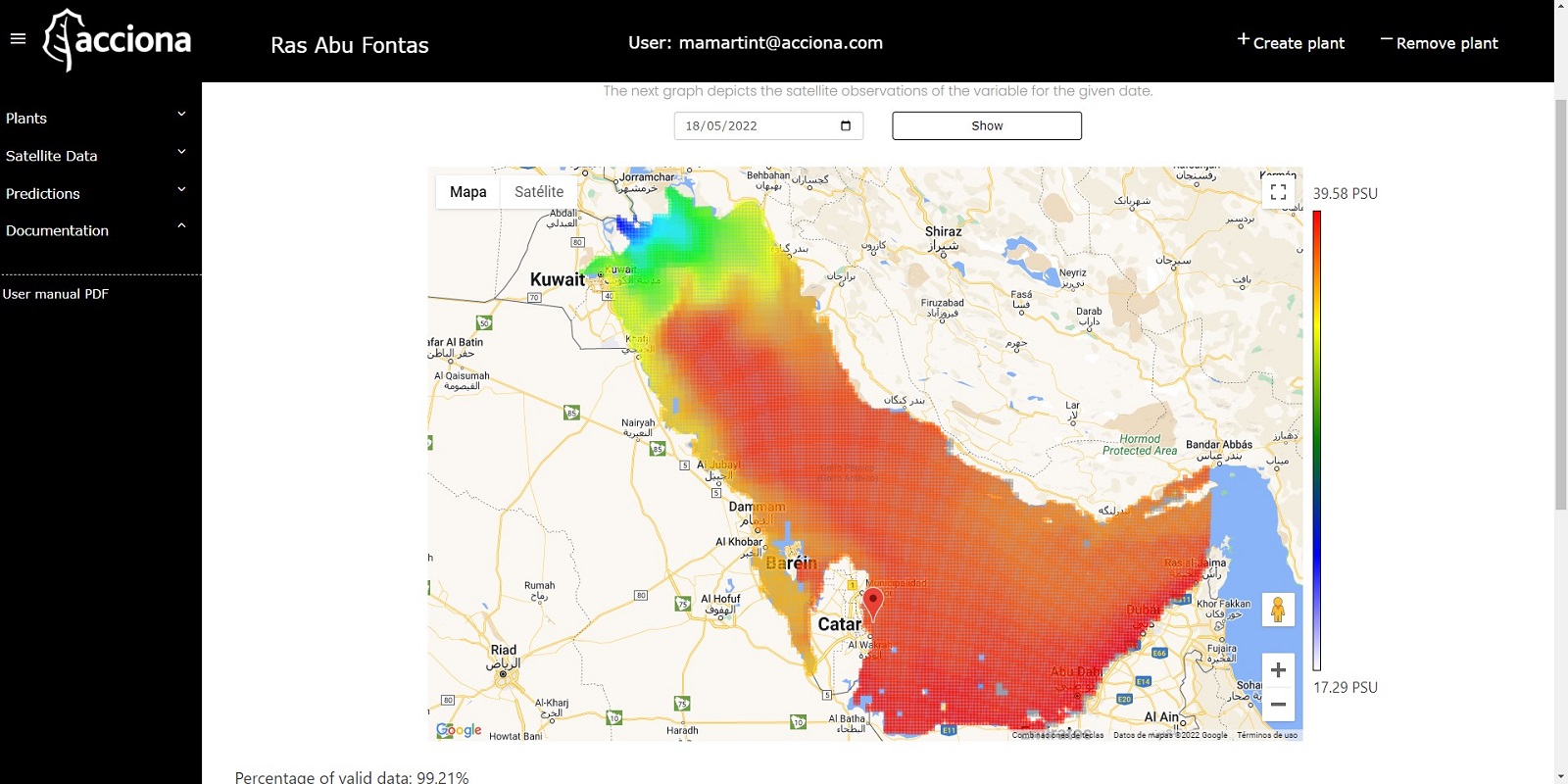 ACCIONA, a leading operator of desalination plants in the Middle East, has developed a predictive model for seawater quality that is improving the operation of Sea Water Reverse Osmosis (SWRO) plants in the region.

To forecast when desalination plants might be at risk from algae bloom and other events, ACCIONA used NASA’s Modis Aqua Satellite to collect data from the Persian Gulf from a number of parameters including water temperature, chlorophyll levels, salinity, and turbidity – a measure of the clarity of water. An algae bloom is a rapid increase in the population of microscopic algae in freshwater or marine water systems and is often detected by higher concentrations of chlorophyll in the water, which affects its clarity.

The satellite uses different sensors including radar, infrared sensors and high resolution photography to compile the data. ACCIONA’s Control Center for its water business, CECOA, uses the satellite data to model a Turbidity Prediction index, which compares the clarity of the water in real time with historical oceanographic and meteorological data. When the index exceeds a certain limit, it triggers a warning for operation and maintenance staff to prepare for an algae bloom or similar event.

Guillermo Hijós, Operations and Maintenance Director of ACCIONA water solutions in the Middle East, explains: “With this model, we can forecast the future turbidity of seawater, and this gives our operations teams advance warning of any event that could compromise operations or scheduled maintenance activities.”

ACCIONA’s Turbidity Prediction index can calculate the probability of these event 72 hours in advance. The predictions are updated every hour with data from the Modis Aqua Satellite that is processed by CECOA’s AI neural networks.

ACCIONA’s innovation project was launched in 2020 and has been implemented in SWRO plants in the Middle East.

ACCIONA is working to expand its prediction system to other seawater parameters. The system relies on machine learning and other AI tools and the company is working to refine the model’s accuracy.