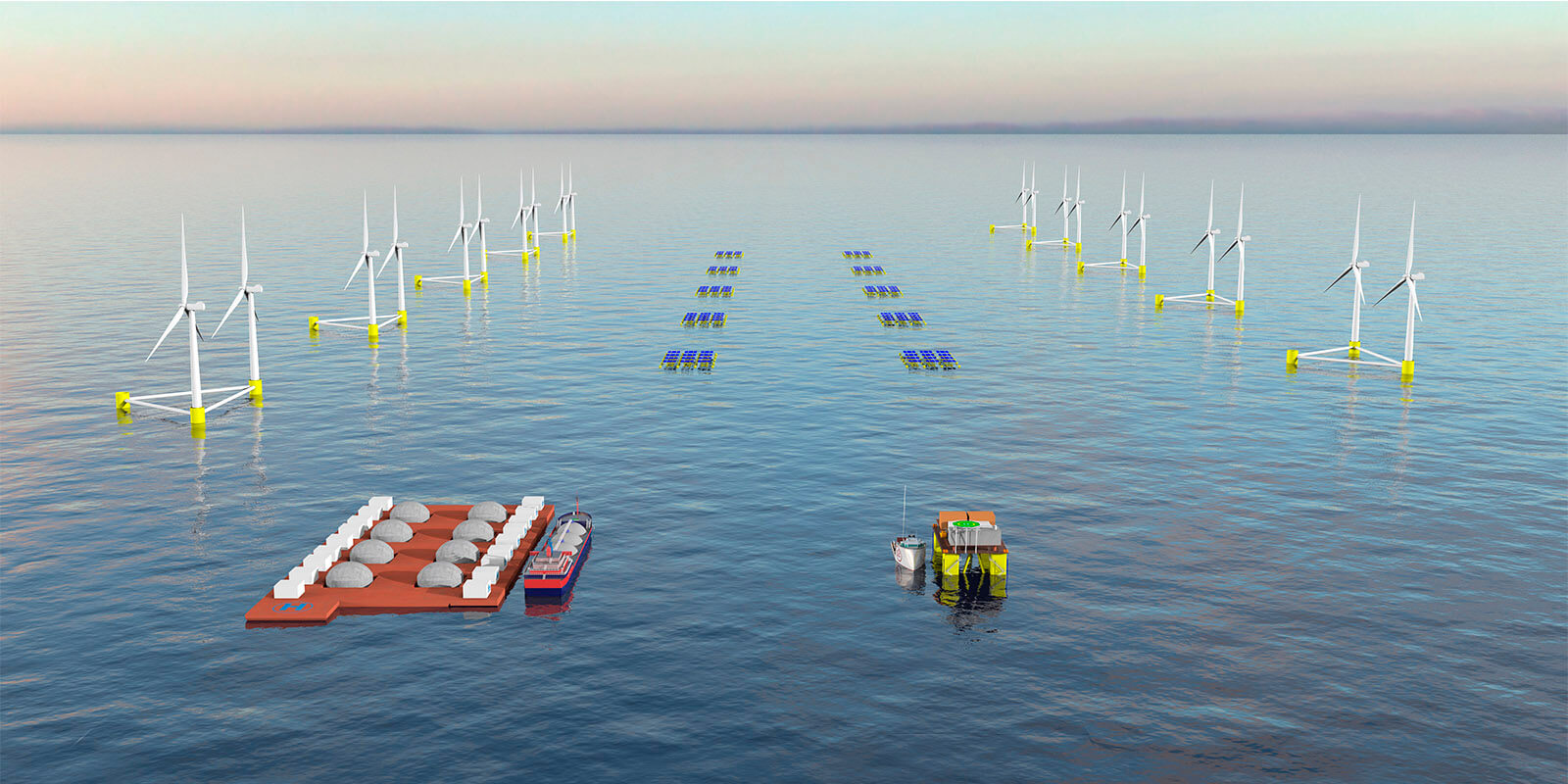 ACCIONA will coordinate the OCEANH2 industrial research project, which seeks to design and validate Spain’s first offshore plant for generating, storing and distributing green hydrogen. The project will propose modular, flexible and smart optimisation adapted to the new paradigm in the market based on offshore renewable electricity generation, combining floating wind and photovoltaic technology.

The project will study different implementation scenarios for an offshore hybrid power generation system, evaluating the design alternatives along the whole hydrogen production, storage and distribution chain to identify solutions that have the greatest development potential based on the proposed new materials.

Following the study, ACCIONA will conceptually validate the solution at laboratory scale, as well as its integration into an IoT (Internet of Things) platform, which will facilitate the plant’s operation, maintenance and management using smart monitoring.

Lastly, the challenges thrown up by its potential construction and scaling-up will be examined using an innovation process that enables the initially proposed design to be optimised.

The knowledge generated by this project may be transferred to unforeseen applications and markets to date, resulting in additional competitiveness for the participating companies and greater sustainability in the sector. This will promote job creation and the mobility of future investments to implement the project’s innovative results in the market. To facilitate the subsequent technological development process and its introduction in the market, every phase of the project will be based on strict technical and economic requirements.

Companies such as Redexis, Ariema, TSI, Wunder Hexicon and BlueNewables, together with 12 Spanish research centres, are collaborating with ACCIONA to develop OceanH2, which was selected by the Spanish Centre for the Development of Industrial Technology (CDTI) together with 23 other projects.

The OCEANH2 project has the backing of the Spanish Ministry of Science and Innovation through the “Science and Innovation Missions” programme, which has allocated €70 million to finance major business R&D projects aimed at solving important societal challenges. This program, subsidised by the CDTI, seeks to promote important research into solutions to universal and strategic challenges facing Spanish society, improving the knowledge base and the technology that underpin Spanish businesses.

OCEANH2 received the highest score among the projects submitted to the programme in the field of hydrogen generation and was also classified as the number one project in the Sustainable Mobility Mission, highlighting the potential of the OCEANH2 proposal which considers the entire hydrogen value chain.

Furthermore, the OCEANH2 project is aligned with Spain’s commitments to climate change and energy transition, as well as the Sustainable Development Goals (SDGs), encouraging the decarbonisation of the Spanish economy to achieve the binding targets for carbon neutrality in 2050, while also meeting the commitment to gender equality and social inclusion.